What are the symptoms of an alcoholic?

How to flush alcohol out your system fast?

How Does Alcohol Affect You Emotionally

Can Your Body Go Into Shock When You Stop Drinking?

Are headaches common when you stop drinking? 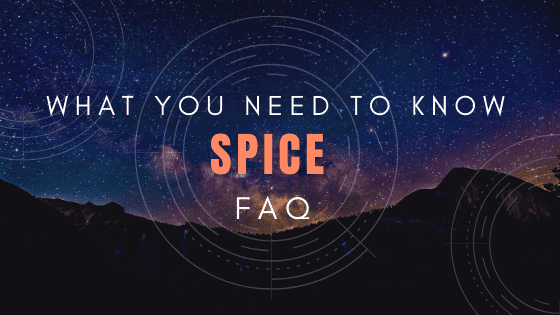 What Is Spice Drug Used For?

Spice is a drug used to get high. It is a synthetic cannabinoid, which is a machine-made drug mimicking the chemical compounds found in marijuana [1].

In the UK, Spice is banned. Spice is one of the many drugs previously called “legal highs” [2].

Legal highs are machine-made drugs designed to work like cocaine, ecstasy and speed.

The way these drugs were made, manufacturers tweaked them in order to evade The Psychoactive Substances Act (PSA).

Up until 2016, legal highs were allowed for sale in the UK.

After amending the law in May 2016, Spice was made illegal.

“Not Safe for Human Consumption”

To get around the law, manufacturers of Spice and other Legal High products alter the chemical components of their merchandise.

Spice products are also presented in colourful packaging with the label “not fit for human consumption”, which seemingly warns the public of its adverse effects.

But the packaging and the warning appear to be very misleading.

The majority of Spice users are young people, who are led to think that the effects of Spice are similar to weed. After all, Spice could hide under the name, “Fake Weed”.

But Spice and other legal high products pose a health hazard to individuals who experiment with them.

The sad truth is there are many A&E incidents due to Spice usage. This is heart-breaking, especially for the parents and family members of young users.

How Addictive Is K2 Spice?

Spice tends to be as addictive as the “natural” drug it was designed to mimic, cannabis.

However, in a recent report, commissioners have been actively campaigning for Spice to be categorised as a “Class A” drug [3].

Class A drugs include heroin and cocaine, which are highly addictive and dangerous drugs.

Officials have also urged to government to make the use of Spice a public health issue.

The process of manufacturing Spice varies from manufacturer to manufacturer, because of this variance, how negative it affects individuals differs for each kind of product.

In the illegal market, Spice can be sold under the following labels:

Physical signs of addiction to Spice are [4].

Unlike physical signs of addiction, some individuals ignore psychological dependence symptoms, labeling these behaviours as “acting out”.

As a result, psychological signs of addiction to spice sometimes overlooked.

These psychological symptoms, which are originally for Cannabis Use Disorder are [4].

Some individuals chose to have professionally assisted detox in a drug rehab clinic in order to deal with the physical and psychological issues associated with Spice addiction.

The chance of relapse is lower when professional help is sought, improving the outlook of a person trying to recover.

How Does Spice Drug Work?

Spice affects the same parts of the brain cannabis does [5].

Having the same effect on the brain’s receptors as THC but in a stronger more unpredictable manner, Spice specifically works by:

In addition, Spice works in parts of the brain controlling a person’s:

How Long Does It Take For Spice to Kick In?

By smoking Spice, the effects usually start to kick in between 5 to 30 minutes.

By swallowing spice, the effects are noticed 4−6 hours afterward [6].

How Long Does K2 High Last?

The high felt after taking Spice lasts several hours; with some individuals, the effects can be felt up to seven hours after using the drug [4].

Spice can stay in the body longer than a month, as it has been documented that storage is primarily through a person’s fatty tissues.

After 41 days in the body, half of the amount used is excreted (drug half-life). About half of the remaining Spice in the body would need some more time to be completely eliminated [7].

The effects of Spice can be felt for up to 24 hours after use. But most research efforts show that Spice is felt most intensely 1 to 8 hours after being smoked [7].

What Are The Side Effects Of K2 Spice?

The side effects of using spice are: [4]

To understand addiction to Spice better, we need to know that individuals who use Spice are motivated by:  [7]

In addition, some individuals are more at risk of using Spice than others [4].

Usually, these at-risk individuals are described as:

Can You Die From Spice?

Individuals have been reported to die from using spice.

Can K2 Cause Permanent Psychosis?

Acute psychosis lasts for a short time, progresses quickly and is obviously noticed.

Signs of acute psychosis are: [11]

In the US, “spiceophrenia”  was a term created by Addiction Specialists to describe how Spice-induced psychosis is similar to schizophrenia, a psychiatric disorder.

The populations most affected by Spice misuse are teenagers and young adults [11].

Research has shown that using “regular cannabis” in adolescence is likely to increase the risk of risk of psychosis in individuals [4].

It could be argued that this risk of psychosis in adult life is magnified by the usage of synthetic cannabinoids like Spice.

Aside from psychosis, individuals under the age of 21 who use cannabis and Spice are a high risk for long term cognitive impairments (brain function damage).

The damage is potentially irreversible and could mean:  [12]

Does K2 Have Withdrawal Symptoms?

K2 or Spice has withdrawal symptoms. These behaviours are most severe when individuals try to quit Spice on their own (or “quitting cold turkey”) [4].

These withdrawal symptoms mean that a person trying to stop Spice use will express how awful s/he is without using Spice.

Spice withdrawal symptoms include, but are not limited to:

The most intense period for Spice withdrawal is the first week [4].

After one week, symptoms usually taper off.

However, if a person has been using Spice for a prolonged period of time, the effects can last for up to a month.

There is a risk of complications when withdrawing from Spice, especially when it is done without professional help.

The safest recourse would be to use a supervised detox facility for Spice withdrawal.