Abbeycare Scotland To Relocate In Early 2021

The Effects of Mixing Cocaine with Other Drugs

Mixing cocaine with other drugs is one of the most common combinations in polydrug use.

The term polydrug use is defined as the use of more than one drug either simultaneously or sequentially.

In substance misuse lexicon, polydrug use involves the taking in of an illicit drug and another legal or illegal substance together or in sequence. Illicit drugs include cocaine, crack, heroin, MDMAs, etc.

Cannabis is now legal in many countries and states but is also one of the most abused drugs. Other legal drugs that are prone to misuse are prescription drugs and alcohol. On several occasions, more than two drugs are used.

A survey by the European Monitoring Centre for Drugs and Drug Addiction showed that 82.3 percent of outpatient clients under treatment were using a second drug. Of this, 23 percent under treatment for cocaine addiction were also being treated for alcohol use disorder. (1)

The most frequent users of heroin and cocaine were the young adults in the 20 to 39 age range and males under 30 who favor cocaine and alcohol.

Cocaine is a popular drug in club culture, where teens and young adults gather in clubs and festivals at night for socializing, dancing, drinking and recreational drug use. Cocaine is commonly used with the club drugs MDMA, methamphetamine, Ketamine, GHB, Rohypnol®, and LSD.

Other drugs used with cocaine are alcohol, heroin, cannabis, MDMA and benzodiazepines.

Reasons for polydrug use with cocaine:

That’s how drug users rationalize it. By using cocaine (a stimulant) and any of the club drugs at the same time, the individual expects to feel an enhanced high compared to taking only one drug.

Since cocaine is a stimulant, people use another drug that has a relaxing effect and gives a pleasant sensation, like cannabis. Other drugs used with cocaine for this purpose are sedatives to help them sleep after the high of cocaine wears off.

An individual using cocaine mixes it with opioids to augment the effects of both drugs. Both drugs are psychoactive, allowing the user to experience different sensations than what one drug gives.

Cocaine comes in various forms: powdered, crack cocaine mixed with baking soda and water, and freebase cocaine which uses ammonia to extract the base for creating cocaine in its purest form. It is often cut with additives so dealers can make more money by having less cocaine content.

Here are the common drugs that users mix with cocaine:

People who use cocaine and alcohol simultaneously believe that alcohol increases the euphoria from cocaine,  and alcohol reduces the withdrawal and anxiety when cocaine’s high starts to wear off. Aside from the desired effects, teens and young adults typically use these substances when they are partying.

But both drugs taken together are toxic. The severity of the effects increases greatly as against taking only one of them. Cocaine, being a stimulant, elevates blood pressure and quickens the heart rate. When alcohol is added, the effect on the cardiovascular system intensifies.

Effects of mixing cocaine and alcohol

A lethal side effect of using cocaine and alcohol together is the production of coca ethylene. This occurs when the two substances are metabolized in the liver. Continued use of cocaine and alcohol will result in the chemical seeping into the bloodstream and damaging tissues and organs.

Regular polydrug users of cocaine and alcohol combination may suffer sudden death from coca ethylene, although even occasional users have been affected too. Long-term use leads to heart attacks, strokes, brain haemorrhage that causes aneurysms, and liver damage.

This type of polydrug use can also have psychological effects. The user may have suicidal attempts or engage in risky or violent behaviour. Risky behaviour can end up contracting HIV through unprotected sex or Hepatitis C if cocaine is injected. Violence can cause injuries and medical and legal troubles.

Another serious effect of mixing alcohol and cocaine is having an overdose. This will necessitate immediate medical management. Procedures may include intubation to assist with breathing, gastric suction to eliminate the substances from the stomach, IV fluids for hydration and restoration of normal body temperature and preventing further complications.

A detox and succeeding drug rehab should be done under medical supervision in a professional facility to help manage withdrawal symptoms and prevent a relapse.

The cocaine and heroin cocktail, popularly known as speedball is one of the deadliest polydrug combinations. People take it simultaneously to enhance the effects of each drug. With cocaine as a stimulant and heroin a depressant, the effect is an intense euphoria with a pleasant and relaxing sensation. (2)

Both drugs are often mixed together then dissolved in liquid for injection on the arm that goes directly into the veins. It can also be mixed as powder from and snorted. People who do speedballs are already usually addicted and want to get a better high.

Cocaine as a stimulant creates instantaneous euphoria, speeds up the heart rate, and increases blood pressure and body temperature. Heroin is a depressant. Although it also induces euphoria, it  has the opposite effect of cocaine as it slows down heart rate and respiration.

How speed balling acts on the body

Taking two drugs that have opposite actions, such as cocaine (stimulant) and heroin (depressant), results in a tug of war on the body. Cocaine’s energy-producing action increases the demand for oxygen in the lungs but heroin acts to slow down breathing.

The contradictory signals sent to the body become confusing, adding more strain to the brain, heart, and lungs. Making matters worse is the faster fading off cocaine’s effects compared to heroin, pushing the person to inject more to feel the effects again.

Speed balling has serious side effects which include breathing difficulties, disorientation, paranoia, blurred vision, hallucinations, tremors and uncontrollable facial movements, and stupor. It is also prone to overdose that leads to respiratory failure, heart attack or stroke. Immediate medical treatment must be taken.

Cannabis and cocaine are the two most used drugs in the UK, according to the government’s report in 2019 (3)

It is common for cocaine users to be using marijuana as well. People who use the two substances are aiming for a more intense euphoria or are thinking that the cannabis will soften the withdrawal effects of cocaine when it wears off. There is also the mistaken belief that the dangers of cocaine are reduced when taken with cannabis.

Cannabis goes by many street names, the most common of which are marijuana, weed, pot, and Mary Jane. Using cocaine with marijuana entails sprinkling the powder onto cannabis in whatever form it is, then it is smoked through a joint, pipe or bong.

If it is cracked cocaine, the same method is used - mix the crystal rocks with the weed and smoke it. A common practice is to use them sequentially, like smoke weed first then snort cocaine, or vice versa.

Users of crack and marijuana in Brazil say that using both drugs allowed them to sleep better and lessened their craving for crack. (4) But the side effects can be dangerous.

Cocaine and cannabis taken together can cause rapid heart rate, generally at over 100 beats per minute for adults.  This condition is known as tachycardia, and may lead to heart attack, stroke or cardiac arrest that can be fatal.

Contrary to the users’ belief, withdrawal symptoms of cocaine abstinence are more intense if they are using marijuana at the same time. Relapse is also more common.

The psychological effects of concurrent cocaine and cannabis use are more powerful, and the user experiences greater levels of paranoia and anxiety that may lead to risky behaviours, such as suicide attempts and violence.

Addiction to cocaine and weed is not a light matter. It should be treated before serious or life-threatening consequences happen. Self-administered medication to treat addiction is dangerous and potentially fatal.

Professional treatment for drug rehab, including those addicted to multiple substances, is the safest way to recover and has high success rates because of the close medical monitoring and supervision, as well as psychological support given.

While cocaine has been around for a long time, ecstasy is the new kid on the block if measured by popularity. Ecstasy, or molly, is the colloquial name for MDMA, the chemicals that make up this synthetic drug.

Like cocaine, it is both a hallucinogenic and a stimulant and is widely used by teens, college students and young adults, usually during rave parties or their club culture.

Users combine cocaine and ecstasy to ramp up the similar effects of each drug and get a mind-blowing euphoria, emotional closeness, long lasting energy and hypersensitivity to lights, sound, and touch.

But the effects of this mixture can be lethal and sudden deaths have been reported. Here are the physical and psychological consequences of taking cocaine and ecstasy simultaneously or sequentially. (6)

Treatment of an addiction to cocaine and MDMA is more complicated and requires an inpatient rehab programme that will entail an ecstasy and cocaine detox at a professional facility.

Benzodiazepines, or benzos, are depressants, whose effects are the opposite of stimulants like cocaine. They are normally prescribed by doctors to treat anxiety or insomnia, and in other cases such as panic attacks, muscle spasms and seizures. They are also used as medical aids in managing withdrawal symptoms in alcohol detox.

The most common types of benzos are Xanax (alprazolam), Valium (diazepam), Klonopin (clonazepam), and Ativan (lorazepam). They act on the central nervous system to slow down heart rate, blood pressure, breathing and body temperature.

People who take cocaine get an artificial high, feeling a sense of euphoria or happiness wash over them. The heart rate, blood pressure, respiration and body temperature rise accordingly. Sweating and dilated pupils are other common side effects. But cocaine’s effects are short-term, lasting from 5 to 90 minutes.

When the crash comes, physical tiredness, slowed movements, hunger and depression follow. Most addicted people take more of the drug in an effort to maintain the high, often “binge-ing” on the drug. As the comedown becomes uncomfortable, they take a benzodiazepine to even out the effects of the crash.

The depressant is supposed to bring about a relaxation and lower the anxiety level. Or it could be the other way around. A person taking benzos may use cocaine together to stay awake and energetic. (7) But combining a stimulant like cocaine with depressants can create a dangerous chemical imbalance in the brain that may have life-changing consequences, such as:

A drug dependence on cocaine or benzos, or both, should be addressed with proper treatment in a medically assisted facility. Drug rehab of two or more substances is more complex than treating only one drug addiction. Avoidance of a relapse and a successful recovery needs medical intervention and social support that are available with professional treatment.

Regular cocaine use by itself is already dangerous. Mixing it with other drugs is a common practice among drug dependents that has claimed many lives and caused social problems. Educating users on the effects of polydrug use and abuse may make them reconsider this dangerous habit and seek help.

Treatment facilities manned by doctors, nurses, and counsellors are available for drug and alcohol addictions. Call one now.

Dr Steve Conroy is the clinical lead for Abbeycare Scotland and is responsible for delivering primary care drug and alcohol services to people with addiction problems in one of Scotland's largest Health Board areas. He is active in research in addictions and has been invited to speak at conferences both in the UK and abroad. Read more about Dr Conroy on LinkedIn 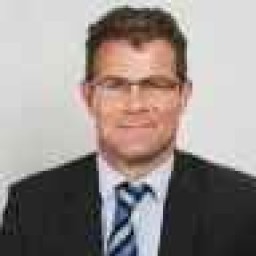 Top 10 Drugs That Can Kill You

We use cookies to ensure that we give you the best experience on our website. If you continue to use this site we will assume that you are happy with it.OkCOVID-19 Information