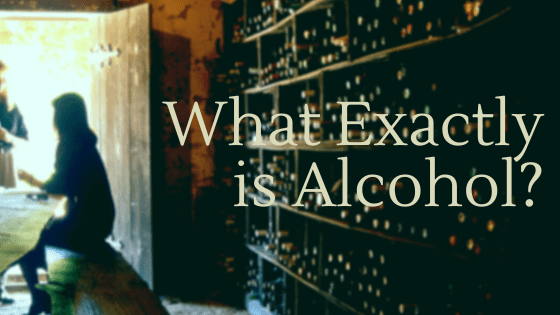 Jump To:
What Is Alcohol And Why Is It Bad For You?  | How Is Alcohol Made?  | How Do You Know If Alcohol Is Affecting Your Health?

What Is Alcohol And Why Is It Bad For You?

Alcoholic drinks have popular appeal, but many individuals are affected by it because alcohol contains ethanol.

Ethanol is the active ingredient in alcoholic drinks.

But ethanol is toxic because it affects the nervous system negatively if the amount used is excessive [1].

When alcohol poisoning happens due to too much ethanol in the body, serious health problems occur.

Some cases of alcohol poisoning can cause coma and death.

In addition, alcohol is also considered an addictive drug [2].

When alcohol is initially consumed, it acts as a stimulant, meaning, it energises a person.

As the person consumes more alcohol, a depressant or slowing-down effect happens [2].

Ethanol in alcohol can stimulate (excite) or depress (slow down) a person’s reactions depending on the person’s Blood Alcohol Content (BAC).

BAC can be measured by breathalyser, which is a hand-held device that can measure BAC rapidly [3].

The major reasons why individuals use alcohol are:

Drinking alcohol is important in many cultures, where “social drinking” or drinking with other people is part of bonding [4].

After consuming an alcoholic beverage, the body does not digest it. Instead, alcohol enters the bloodstream quickly through the gastrointestinal tract (stomach and intestines).

Because alcohol enters the bloodstream quickly, the effects of alcohol are immediately obvious.

In moderate amounts, the good effects of alcohol are: [5]

However, some individuals become addicted to alcohol. To recover, they opt to join a rehab centre.

Because these two areas are specifically affected, individuals who are addicted to alcohol tend to have long-term problems which include:

To recover from alcohol addiction, individuals can use NHS services or join a rehab clinic, such as Abbeycare The Hygrove, Gloucester.

Usually, how alcohol affects an individual depends on the following factors:

How Is Alcohol Made?

Alcohol used as alcoholic beverages is made by the process of fermentation [7].

Fermentation occurs when yeasts are put into carbohydrates and left to mature.

The yeasts can be from a wild or a cultivated strain. Most alcoholic products use “Saccharomyces cerevisiae” or “Saccharomyces uvarum” as yeast agents [8].

The carbohydrates that the yeast comes into contact with can be from:

The combination of yeast and carbohydrates are usually left to ferment in a vessel with a maintaining temperature (so as not to kill the yeast).

The process by which alcoholic beverages are made is called anaerobic fermentation.

The end result of anaerobic fermentation is ethanol, which is the intoxicating ingredient of alcoholic drinks [7].

The carbohydrates eaten by the yeast also produce carbon dioxide.

The quantity of ethanol and carbon dioxide as an end result is because of the unique combination of the yeast agent and the fermenting ingredient.

This unique combination is why there are distinct flavours and types of alcoholic beverages.

There are specific ways of classifying alcohol products, depending on government regulations and traditional rules.

In the UK, the government regulates the production, sale, and consumption of alcoholic drinks.

For taxation purposes, UK alcoholic drinks are classified according to:  [9]

There is a predominant belief that the type of alcohol a person consumes contributes to the aftereffects he or she feels.

Some people perceive that:

Spirits have a high concentration of alcohol compared to beer or wine. Usually, spirits are also consumed quickly. Because spirits are drinks with a high amount of sugar, bloodstream absorption is quick. This is why spirits have a stronger kick.

Applied psychology has been used to increase the appeal of alcoholic drinks to the general public by enhancing its good qualities and downplaying its potential for abuse.

In recent years, efforts have been made to sell beverages that are low in alcohol or alcohol-free, so that individuals who want to socialise with friends who drink will not feel left out.

Among the three types of alcohol, only food-grade ethanol is safe for human consumption [7].

The three types of alcohol, when classified according to chemical make-up, are isopropyl, methyl, and ethyl.

Methyl alcohol is used as an ingredient in antifreeze, rocket fuels, and as a clean-burning fuel alternative.

There is also an industrial grade of ethanol, and this is a solvent added to gasoline used in cars.

How Do You Know If Alcohol Is Affecting Your Health?

With adolescents or teenagers, drinking can: [12]

Immediate intervention in a rehab facility can successfully stop teenage drinking so that alcohol addiction does not progress as a life-long disease.

To differentiate what moderate consumption of alcohol is versus alcohol addiction, we must refer to the presence of physical and psychological symptoms.

Casual drinking is when a person consumes alcohol in moderation. There are minimal physical symptoms and there is an absence of psychological symptoms.

Alcohol addiction is an illness characterised by the presence of physical and psychological symptoms. There is a great chance that a person who has alcohol addiction may be in denial.

Some individuals only seek help when they are affected socially by their behaviours. Ideally, persons who notice that a loved one is having problems with drinking behaviour should approach the situation as a health concern.

We must also bear in mind that not all persons who are addicted to alcohol hit rock bottom. There are so-called “grey area drinkers.”

“Grey area drinkers” are functional alcoholics. Most of these individuals are able to appear responsible enough, fulfilling daily obligations. But they experience alcohol dependence symptoms.

The main factors that influence drinking behaviour are:  [4]

As a result, persons who have successfully transitioned from alcohol addiction to addiction recovery find non-addictive ways to cope with stress.

Help by other people through Mutual Support Groups serve as positive social influences that steer a person away from alcohol addiction.

Joining an alcohol rehab program, especially one that is structured has been proven as an effective way to kick-start recovery.

Recently, there is a trend called “sober living”, another term for abstinence from alcohol. Apparently, there is an underlying desire to change the image of alcoholism as a disease.

Instead, the focus is on living the best life without alcohol. Hence, a person who is recovering from alcoholism can call himself or herself a “sober warrior” instead of a “recovering alcoholic”.

The practice of Dry January is slowly gaining momentum in the UK.

Finance Options Available
Contact us to find out more

Find out more about Abbeycare Scotland,
our residential addiction centre near Glasgow

More about our Scotland And The North Clinic

Find out more about Abbeycare Newmarket,
our addiction treatment clinic near London

More about our London & The South Clinic

Find out more about Abbeycare Gloucester and South West.

More about our Gloucester and South West Clinic

We accept the following

We use cookies to ensure that we give you the best experience on our website. If you continue to use this site we will assume that you are happy with it.Ok