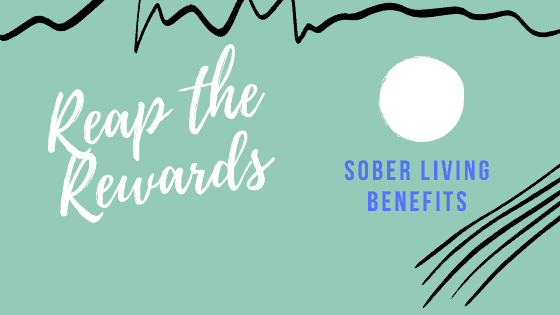 These seven rewards of sobriety are felt as soon as a month after the decision to quit alcohol or illicit drugs.

Behavioural experts agree that in medium to long-term sobriety, which lasts from 3 months to several years, individuals begin to develop new habits.

In rehab, there is emphasis on attending meetings after the period of staying in the facility is over.

It is emphasised again and again, “the opposite of addiction is not sobriety, but connection.”

It has become an accepted truth that one of lures of addictive substances is its power to obliterate hard-to-face emotions, especially those that require interacting with other persons.

Alcohol is widely known as a social lubricant. Drugs have been used to avoid painful human interactions.

These substances have been used to mask discomfort, especially in social situations.

Ingesting them can help a person become smoother in conversation, being more at ease even when tense.

When sober, social tension is something that a person has to deal with. It may become apparent that without the drink or drug, the relationship dynamic needs to change.

Or the relationship has to be let go altogether. Some persons who begin their sober living journeys are able to let go of toxic relationships, in order to have healthier ones.

Individuals start to adopt a more courageous stance in life after sobriety because they have to face the wreckage their addiction has caused. Facing the truth is painful.

It is punctuated with missed events, memory lapses, recollections of things full of regret.

When a person realises that there is a series of things left neglected because of addiction, the feeling might be overwhelming.

However, once the commitment has been made to change, tacking the long list of tasks to correct becomes a therapeutic endeavour—especially if the person is emotionally supported.

It may be tempting to turn away from the pain once again, but to continue along the path of oblivion is not real living.

Individuals who decide to begin sober living do not want to go through the motions of living. Instead, no matter how painful, these individuals soldier on.

But after experiencing the stability (usually while in detox and rehab), something in you changed.

It does seem to feel better when there are schedules to follow, rules to adhere to, and personal boundaries to observe.

Because addiction is an all-or-nothing experience, many persons with addiction have found themselves at the bottom of the barrel, holding on to the last dregs of self-respect.

When you set personal boundaries you are basically creating self-protective measures—and these measures are expressions of self-care.

Once you get in touch with the worse parts of yourself and you’ve started working on self-forgiveness, you begin to forgive others too. Addiction can have its roots in trauma and adverse childhood experiences.

These negative experiences can include neglect and abuse, often by persons who were supposed to show love and kindness.

Individuals who are overwhelmed with pain usually do not have the capacity for compassion. It is not selfishness, it is mere survival. In this light, the addiction was the most logical way to cope with the emotional and mental anguish.

But once the pain abates as the person becomes better at coping with stress without substances, empathy begins to take root.

You get to appreciate the little things your loved ones did for while you were in recovery, how they treated you kindly, with little judgement. How they were there in your lowest points. You would like to return that given grace.

Moodiness, irritability, easily angered, glum all the time. Some of these words describe the emotional states of emotional instability. In mental health literature, it is a stated fact that persons with alcohol and/or drug use problems have emotional problems alongside.

Particularly, these emotional problems refer to mood regulation. Some individuals have depression, some have anxiety, and some have other conditions such as bipolar mood disorder. There is an assertion that the use of substances was an effort to self-medicate.

If a person sought professional help for addiction issues, moods can be regulated with the help of psychotherapeutic techniques and medication.

It’s not a one-size-fits all solution, but most persons who have emotional problems and substance abuse problems do get better.

Being able to let small things slide, picking up the pieces after an emotional blow, coping with changes quickly, not taking things personally. These are the words that  describe an emotionally stable personality.

From emotional resilience comes increased patience. You learn to wait, and know you will have your turn.

Having learned the initial steps of sobriety, a person begins to build a fund for accepting the unknown, and with acceptance, there is patience instead of overwhelming distress.

Discussed in the next benefit is one of the hardest qualities to develop related to embracing the unknown.

Addiction is dependence on an outer source of power. To get you through the day, the night, something is needed. Relying on yourself seems unstable, uncertain. To fill in the gaps, you need the substance.

And it is this fear that drives the desperation to cling on to the chosen addiction, be it alcohol, illicit drugs, or certain negative behaviours.

As ambiguity becomes something that can be tolerated, the fear it triggers lessens. The insecurity dissipates in time.

Having sure footing even if the path is unsure, even if you do not know where is heading is one of the best feelings a person can have. This is especially true when the unfamiliar previously meant danger and harm.

Finance Options Available
Contact us to find out more

Find out more about Abbeycare Scotland,
our residential addiction centre near Glasgow

More about our Scotland And The North Clinic

Find out more about Abbeycare Newmarket,
our addiction treatment clinic near London

More about our London & The South Clinic

Find out more about Abbeycare Gloucester and South West.

More about our Gloucester and South West Clinic

We accept the following

We use cookies to ensure that we give you the best experience on our website. If you continue to use this site we will assume that you are happy with it.Ok